Resonate Productions is a Dutch cultural foundation (stichting). Its aim is to create, perform and promote all outings of 'musical journalism': the combination of original journalism with any kinds of music. Musical journalism takes shape as documentary-concerts, podcasts, film, workshops or a mix of these forms. Read more about our way of working in our policy plan / beleidsplan.

Andrea Voets is the artistic director and main executor of the projects. The organisation consists of a board, advisory council and committee of recommendation.Resonate Productions is a non for profit organisation and has the Dutch ANBI-status, indicating it is of cultural public benefit and donations are tax-deductible. Board members are not paid for their work. 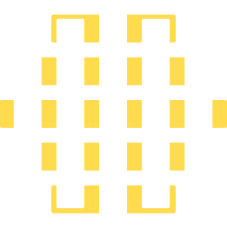 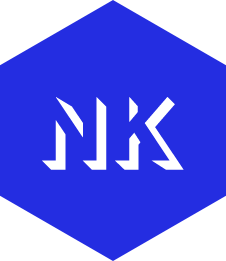 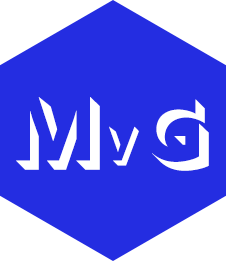 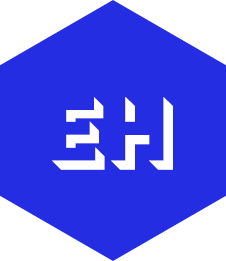 Niek Kemps (chairman/voorzitter) has been a part of the international art scene since the eighties. With his conceptual work, he wants to stimulate the spectator to process images in a different way; a statement about the attention span of modern day society and the accompanying image culture. Kemps' work is like a laboratory, wherein he carries out substantial as well as visual research to the social and cultural context, and how this relates to image, space, contemporary art and the concept of "museum".


In his work, sculpture becomes space and space becomes museum. Kemps' images never stand alone; they consistently show a sensitivity in relation to their surroundings, they interact with the space wherein they are located.

The artist challenges the spectators to get out of their comfort zone, to explore the work, and to spend time with/in it. The artwork reveals itself only to the patient, attentive spectator. Every composition is formulated very precisely, like a poem. This form of complexity ensures that the work can never be apprehended at first glance.


By defying fixed landmarks, meanings, perspective and scale, every form of rational analysis is extracted or simply removed. It results in an astonishing artwork that invites to be lived and incites the spectator to reflect one self.


Marlies van Gangelen (secretary/secretaris) is founder of the Dutch experimental ensemble PERFORATOR as well as oboist with the Berlin-based s t a r g a z e . As part of that ensemble she performed with the likes of Terry Riley, Bill Frisell, Bon Iver and Michael Keegan-Dolan. s t a r g a z e is a regular guest at major music festivals and venues as Elbphilharmonie Hamburg, Philharmonie de Paris and Royal Albert Hall London. After receiving her Bachelor's in Classical Oboe, Van Gangelen moved to London to follow a two-year Master's in Leadership at the Guildhall School for Music and Drama (2012).

During this course she focussed on artistic and creative processes in various contexts. She developed skills as composer, artistic leader, improviser and performer. Using unconventional playing techniques and 21st century technology, Van Gangelen produces a broad palette of new musical forms of expression.


Eelko Hamer (treasurer/penningmeester) is an independent creative strategist and innovation expert. Before founding eelko.com he worked for corporates like Bacardi, Philips and KPN. In addition to this, he has worked with startups from the Silicon Valley to Amsterdam. Eelko is experienced in creating marketing and innovation concepts.

His strength lies in identifying that unseen opportunity and then galvanising multidisciplinary teams and stakeholders to make an ambitious project a reality. In 2019, as co-author of the Untourist Guide to Amsterdam, he helped spawn a movement towards a new – more positive – imagining of tourism which made headlines in over 40 countries.

BART SCHNEEMANN is an oboist, teacher and the artistic director for the Netherlands Wind Ensemble. From 1976 to 1996, he was the first chair oboist in the Radio Filharmonisch Orkest and the Rotterdam Philharmonic Orchestra. He retired from playing in the orchestra to put all his time towards his solo career and his activities with the Netherlands Wind Ensemble (NBE).


In 1988, Schneemann was asked to breathe new life into this ensemble, founded in 1961. His arrival transformed the ensemble into an enthusiastic group of musicians with an open-minded ear for various music genres.

Together, they established the NBE as a flexible company in the Dutch music world, a point of reference being the New Year's concerts in the Concertgebouw in Amsterdam, which are aired on national TV. As the NBE's concert programmer, Schneemann has developed his own signature.


Apart from infectious amusement and the high quality in the ensemble's playing, he aims for a dramatic line, bringing music genres and people from different backgrounds together in every programme. With various educational programmes, the NBE provides guidance for young wind players and composers on their way to concert stages and professional educations.


Annelies Van Parys studied composition at the Conservatory of Ghent with Luc Brewaeys. She was laureate of the Tactus International Composition Seminar with Einklang for orchestra and got named laureate of the Royal Flemish Academy in 2011.

In demand across Europe, Annelies' music gets played at major festivals and venues. In 2014, she composed her first opera Private View in commission of Muziektheater Transparant. This production was awarded with the first FEDORA - Rolf Liebermann Prize for Opera, the Sabam Award for contemporary classical music and it was one of the winners of Music Theatre Now 2015.


Van Parys teaches formal analysis and orchestration at the Royal Conservatory of Brussels.


CHIARA SOMAJNI is a journalist. For over 20 years, she has worked for the leading Italian newspaper Il Sole 24 Ore, mainly for its weekly cultural supplement Domenica. In 2012 she resigned, moved to Berlin and started working as an independent journalist, contributing to Italian and German outlets, as well as developing her own cultural projects.


Since 2017 she is scientific collaborator at SUPSI university, Department Environment Constructions and Design, Laboratory of Visual Culture.

CHIARA is interested in the most diverse forms of contemporary culture and their interdisciplinary connections. Parallel to her main work, she has taught Arts and Technology at Bocconi University, edited two books by Matteo Motterlini on neuro-economics and co-curated an exhibition on The language of catastrophe, dedicated to the misuse of fear in propaganda.


Since 2004 she is involved in Actionaid, an ngo fighting poverty and injustice, for which she currently serves as the vice-chair of the international board.


was born and raised in Amsterdam and is one of the four partners at NAHV Tax Advisors: a no-nonsense, accesible firm with a focus on creative enterpreneurs. His portfolio consists of companies in many different entities: from small business owners to big cooperations, from artists to yoga teachers.


Melvin is specialised in (international) income tax and VAT, especiallly concerning the situation for artists and independent professionals."I have always felt at ease in my contact with the clients," he says.

"Every enterpreneur has a story and a passion. I love to see how people can loose themselves in what they do. Bookkeeping will always remain the base of every entreprise and has to be taken care of in a professional way. I offer administrative and fiscal guidance and find it important to involve my clients in this process, so that they feel in control and supported at the same time.

When does a company succeed? I would say: when you are happy with who you are and what you do. Follow your heart and work from your passion, then the rest will follow naturally." 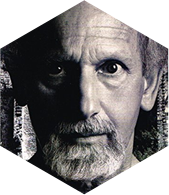 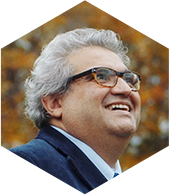 Daan Manneke is one of the most accomplished composers of the Netherlands. He studied organ and composition at the conservatories of Tilburg, Brussels and Amsterdam.


His life and compositions took on a definitive form through his friendship with Ton de Leeuw, with whom he studied beginning in 1966 and who proved to be an lifelong source of inspiration. He brought Manneke into contact with Olivier Messiaen, with whom he took a number of lessons.

From 1972 till 2010 he taught at the Conservatory of Amsterdam: first improvisation and analysis of 20th century music, later also composition. Over the years he has tutored a great number of young composers.


Over the years, Daan won numerous first prizes for his compositions and in the end, for his complete oeuvre, consisting of over 200 works.


was born in Brazil and came to the Netherlands at the age of 23 to study viola da gamba. He quickly took on a leading role in the cultural field as a conductor, artistic director and chairman of orchestras, choirs, musicsocieties and -projects.


He is the director of Muziekschool Zuidoost in Amsterdam, as well as the founder and director of the Leerorkest. With this learning-orchestra, he opens doors to classical music and music education for children in the city and far abroad.

Through the Leerorkest's center of expertise, the knowledge and practices are being shared with music educational projects nationwide.


Meanwhile, new similar orchestras have been founded all over the Benelux.